REFLECTING THE GLOW OF OUR SPIRITUAL TEACHERS... TO CREATE A LOVING VISION FOR THE WORLD 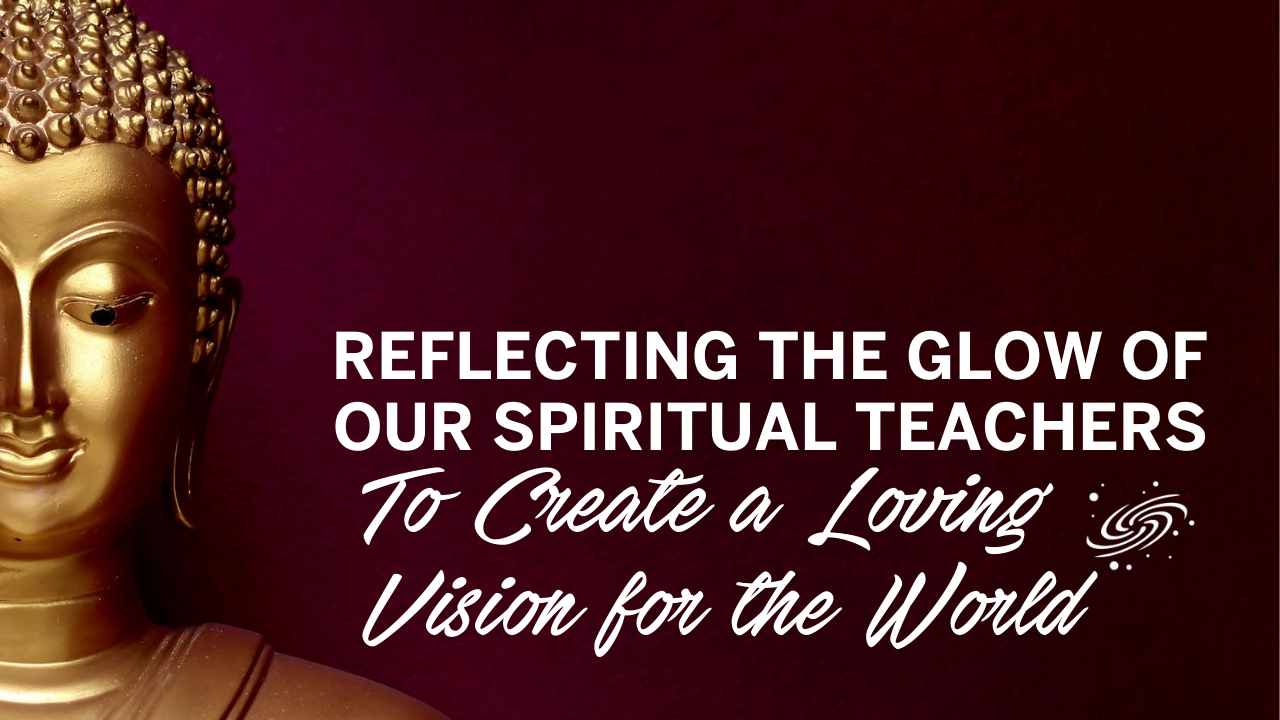 Louise Hay, a giant of the spiritual industry, the mother of positive affirmations, author of You Can Heal Your Life, and founder of Hay House passed away on August 30, 2017.

What was strange is that the year prior, on August 29, 2016, Wayne Dyer--Hay House legend, Louise Hay’s great friend, and another giant of the spiritual industry who inspired the hearts of millions--passed away.

There have been many stories of people feeling the love these teachers offered to all of us as they left the planet. 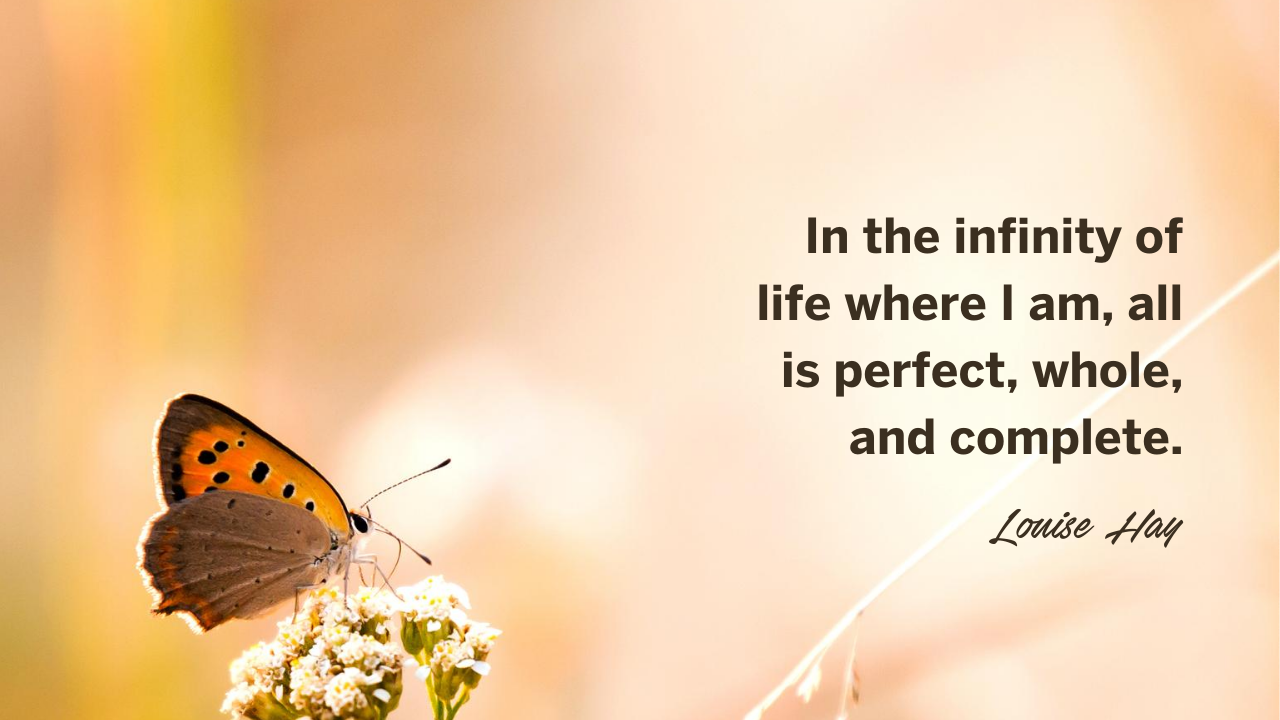 One of our Muniverse Team Unicorns, Elyssa, said about this outpouring of love…

I hadn’t even been that familiar with Louise’s teachings, I’d read a couple books and listened to videos of positive affirmations. But when I found out she died, I just started sobbing. I felt her presence strongly, giving me encouragement, saying “I can help heal your heart.” So I bought a copy of her book Mirror Work, and it changed everything for me. Less than a year later, I listened to Wayne Dyer’s recordings for months on end. I felt like his words combined with Louise did truly help to heal my heart. They both helped guide me deeper into my spiritual path and practice.

It’s clear that these magnificent teachers who inspired us with their love and positivity, who taught us to reprogram our limiting beliefs and help us understand the incredible power of our thoughts to create our lives, left an incredible outpouring of love even in their passing. 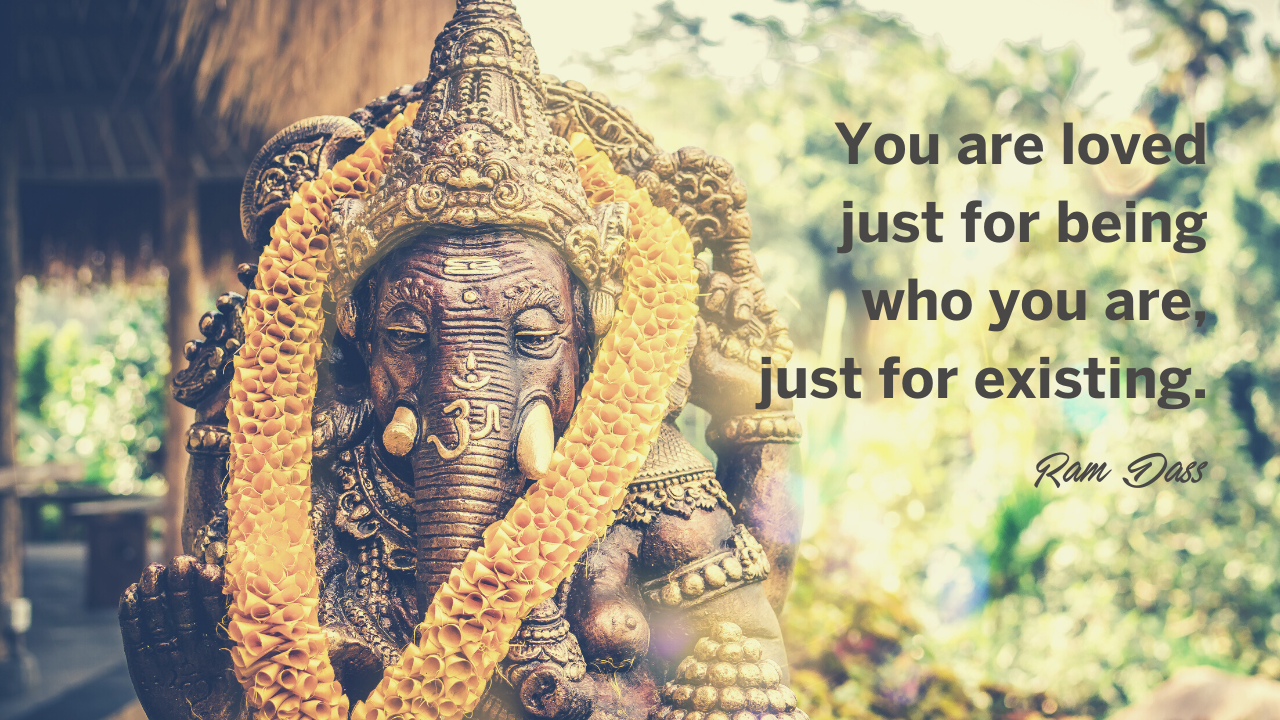 Another Muniverse Team Magic Maker, Wendy, has a birthday on August 31, so she really feels the magic portal of this time of year! Wendy had a similar experience of feeling the outpouring of love when Ram Dass passed away in December of 2019.

Ram Dass has been part of my experience for many years. I consider him my most important and powerful teacher; my guru. Being able to embody the mindset of “be here now” is transformative and it is something I’m constantly striving for. In December of 2019, we knew Ram Dass would leave his body soon. We sat in awareness of the inevitable end of his presence here on earth. He had been in a state of suffering for some years after his stroke and liked to say, “suffering is grace,” but I wanted him to be free from that suffering. I was in bed that night and was drawn to look at his Facebook page for some reason. That was the moment they announced he had left this plane and was now free. I was overcome with sadness that I’d never get to be in his physical presence and, more importantly, joy that he would always be around me. A couple of months after his passing, my husband and I watched his film Becoming Nobody which really encompasses Ram Dass’ views on death and dying, and it was one of the most moving, important films I’ve ever seen. We wept through the whole thing because we fully felt his presence in the theater, holding us, telling us he’s free, he’s happy, he’s with his guru. I still feel his presence every day and I know I will forever as he continues to guide me on my path. 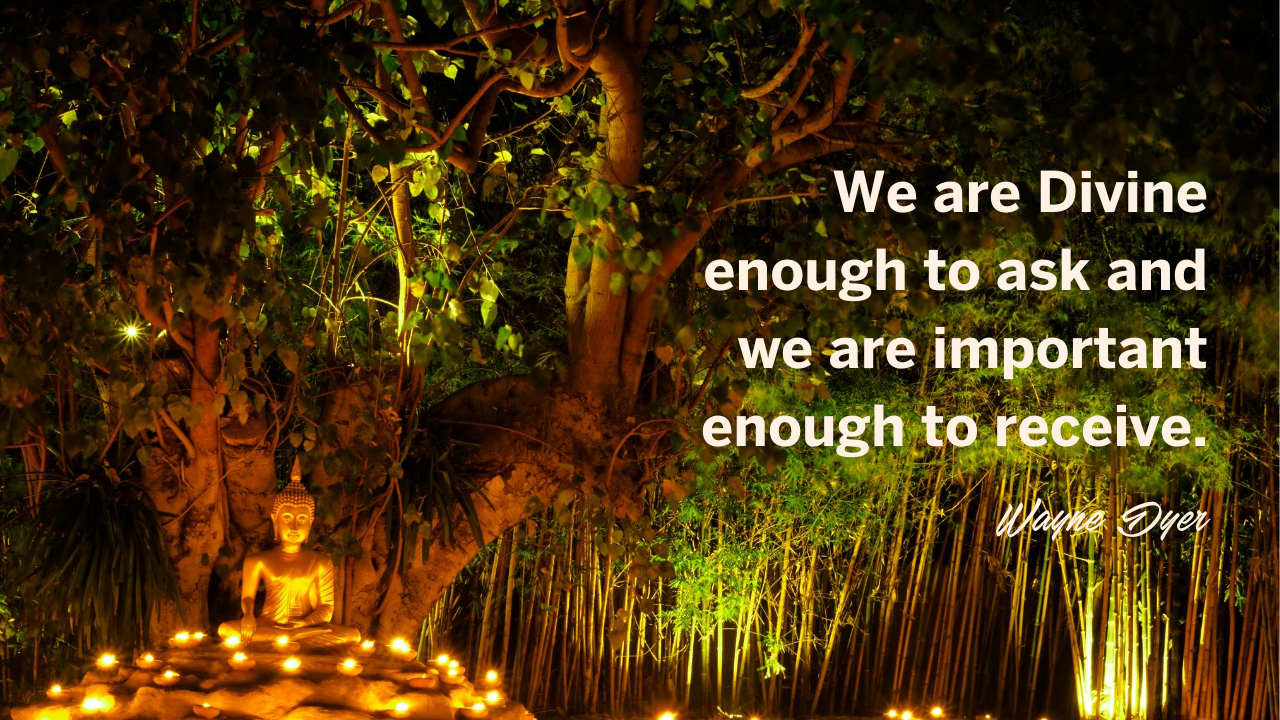 So in remembrance of these spiritual powerhouses, Muni wanted to share some more stories about Louise Hay from his time working at Hay House.

When I first started working at Hay House, it must have been the first weekend I was there, we went to an “I Can Do It” event in Toronto. Those events were awesome, they were like these huge, spiritual parties.Louise was with the team at the airport, and I had never met her before (I’d just started and she didn't know who I was). So, I walked up to her and introduced myself, which I guess people didn’t normally do. I just said, “Hey, my name is Muni, It's such a pleasure to meet you, it's such an honor to be working here with the company. And I can't wait to see you know what happens next.” She was very courteous and said thank you. We got to Toronto, and because it was my first event, I was getting hazed a little bit. My coworkers told me, “Oh Muni, you have to go sit at this table next to Louise’s book signing and try to sell as many of her Buddha posters as you possibly can. If people buy the big ones she’ll sign them, it’s no big deal.” They were laughing to themselves, thinking there was no way I was ever going to sell these posters. So I sat there with the Buddha posters and I have tell you, I turned it on. I showed up and I sold every single one of those posters. It must have been like 300 posters and I had 200 on back-order...it was just insanity. Then we're all at this restaurant after the event. And I'm thinking, like, “Okay, well, it's no big deal. Like, this is just like you know they were hazing me and I showed them what I could do.” Then Louise walked up to me and said, “I watched you with my customers today. And I just want to let you know how grateful I am that you're here and part of the team. And I felt like my heart was going to explode.” And then afterward, I remember my boss turned to me and said, “She never does that.”

The Current State of the Spiritual Industry 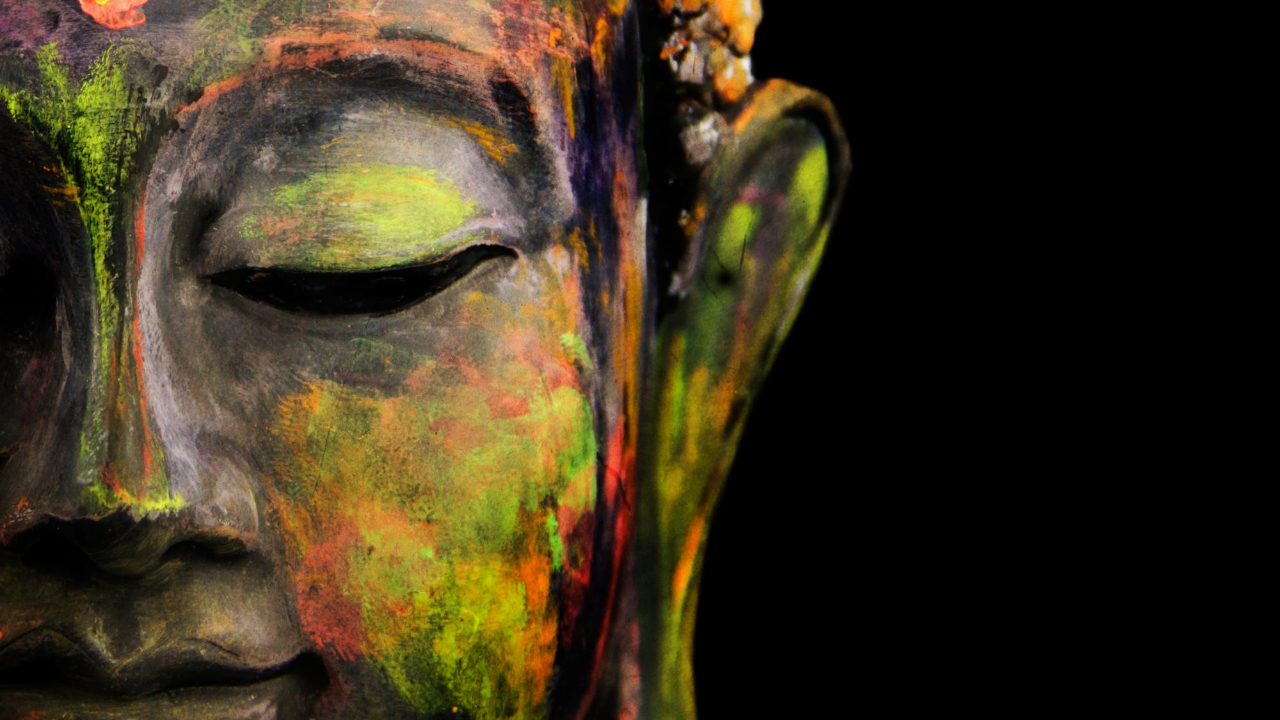 Louise Hay and Wayne Dyer deeply shaped the current state of the Spiritual industry and provided healing and love to the hearts of so many of us. Both Louise and Wayne had a gift of asking us not only what we wanted for ourselves in sharing our talents, but in asking us to look at what we want for the world. And of course, Ram Dass taught us to be here now as a spiritual Master who like Wayne and Louise, opened up huge avenues of spiritual thinking in the 20th Century that we can all be truly grateful for.

So with that, I want to invite you to take some time to meditate on the industry at large and your place in it.

How do you want to shape the industry?

How do you feel it needs to change?

What is your vision for the world?

What are the principles and ethics that are necessary in your spiritual business?

Did you connect to the teachings of Wayne Dyer,  Louise Hay, or Ram Dass and what did they teach you?

Who are your spiritual teachers and how have they shaped your practice and your vocation? How have they helped to shape you?

Inspiration to Live By

We leave you with some of our favorite quotes from Ram Dass, Louise Hay, and Wayne Dyer. May you feel the blessings of your teachers close to you as you step forward on your path of spiritual growth and leadership. 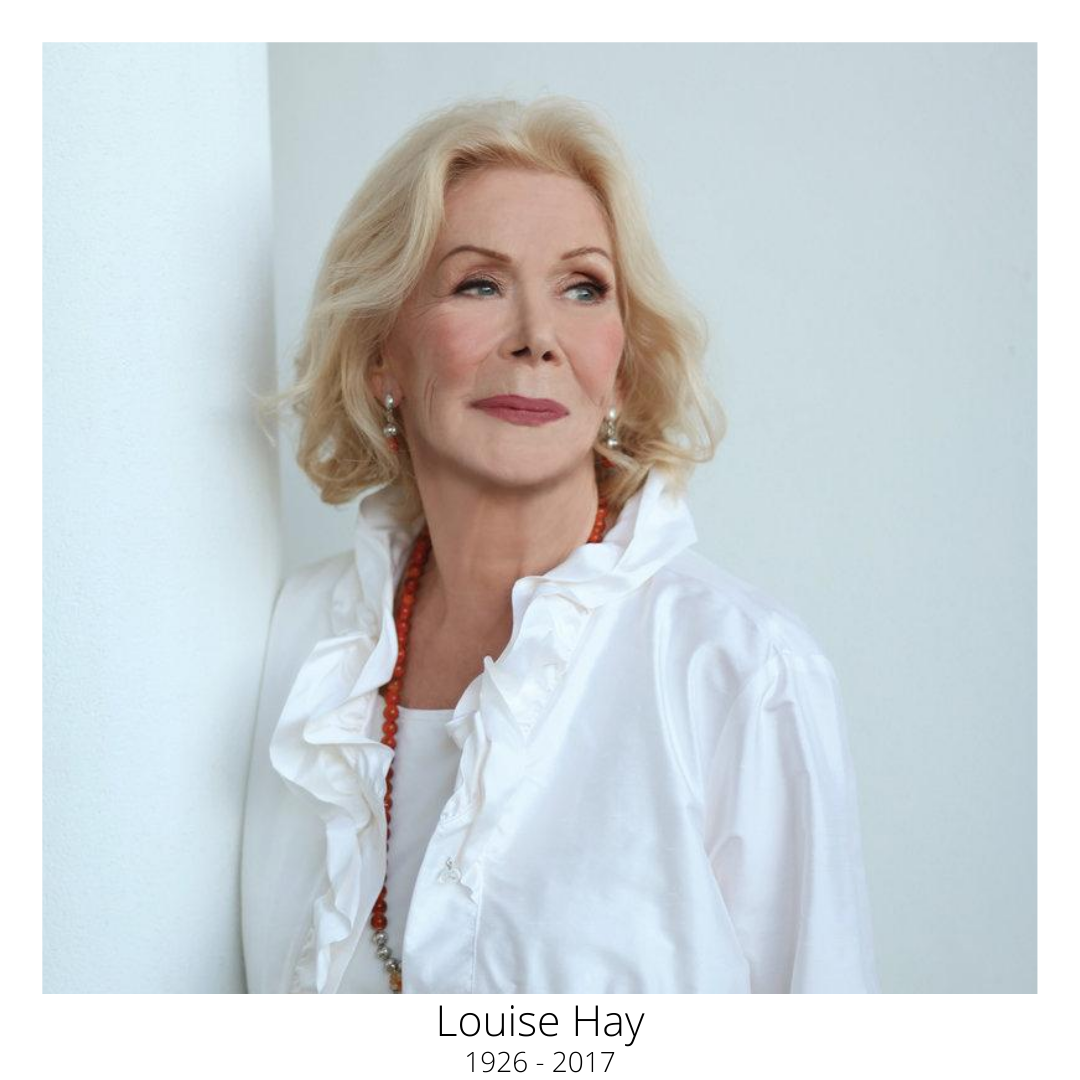 “Love is the great miracle cure. Loving ourselves works miracles in our lives.”

Some of our favorite Louise affirmations...

“My income is constantly increasing and I prosper wherever I turn.”

“I am a magnet for money. Prosperity of every kind is drawn to me.”

“I love and approve of myself.” 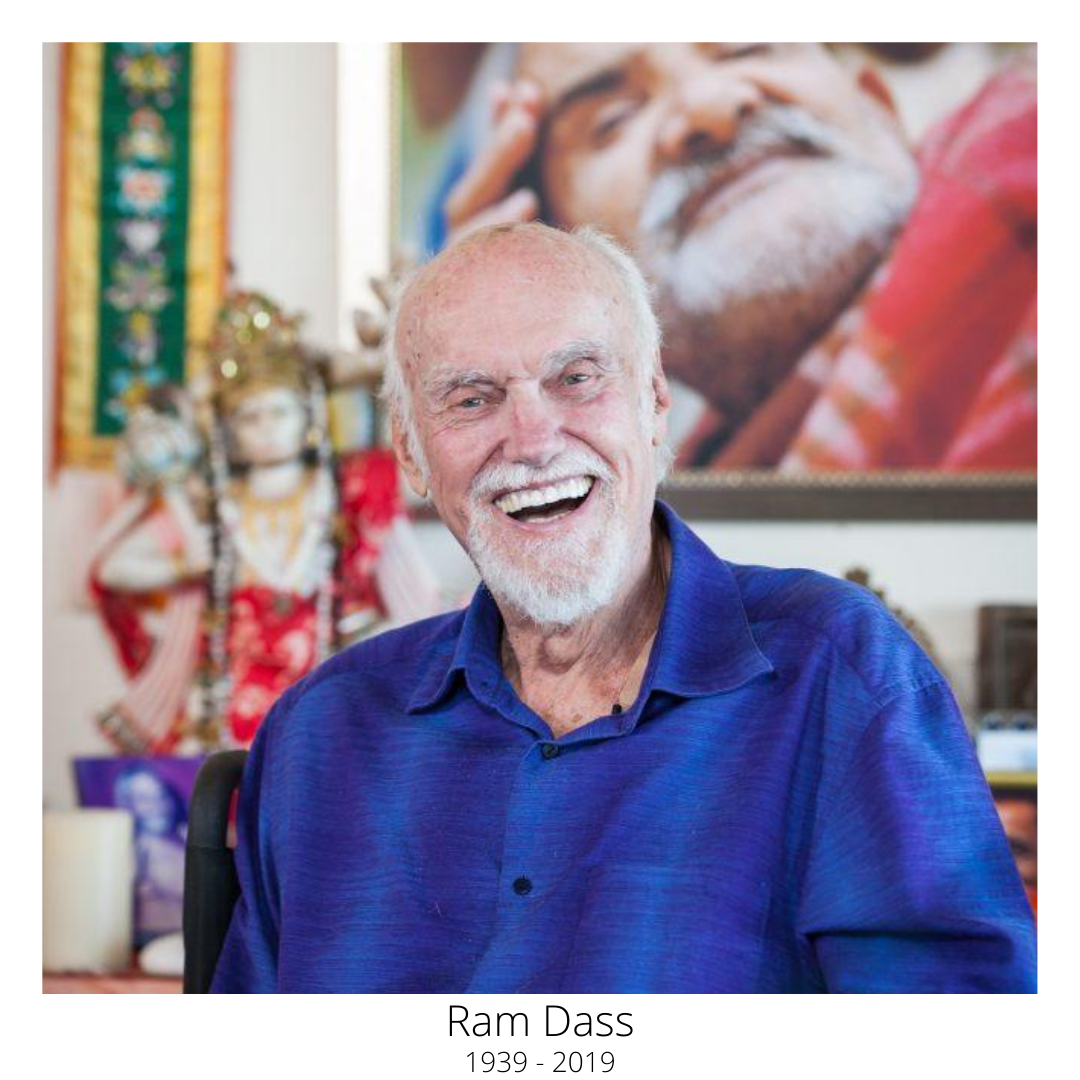 “Your problem is you are too busy holding on to your unworthiness.”

“You are loved just for being who you are, just for existing. You don’t have to do anything to earn it. Your shortcomings, your lack of self-esteem, physical perfection, or social and economic success – none of that matters. No one can take this love away from you, and it will always be here.”

“It is important to expect nothing, to take every experience, including the negative ones, as merely steps on the path, and to proceed.”

“The next message you need is always right where you are.”

“We’re all just walking each other home.” 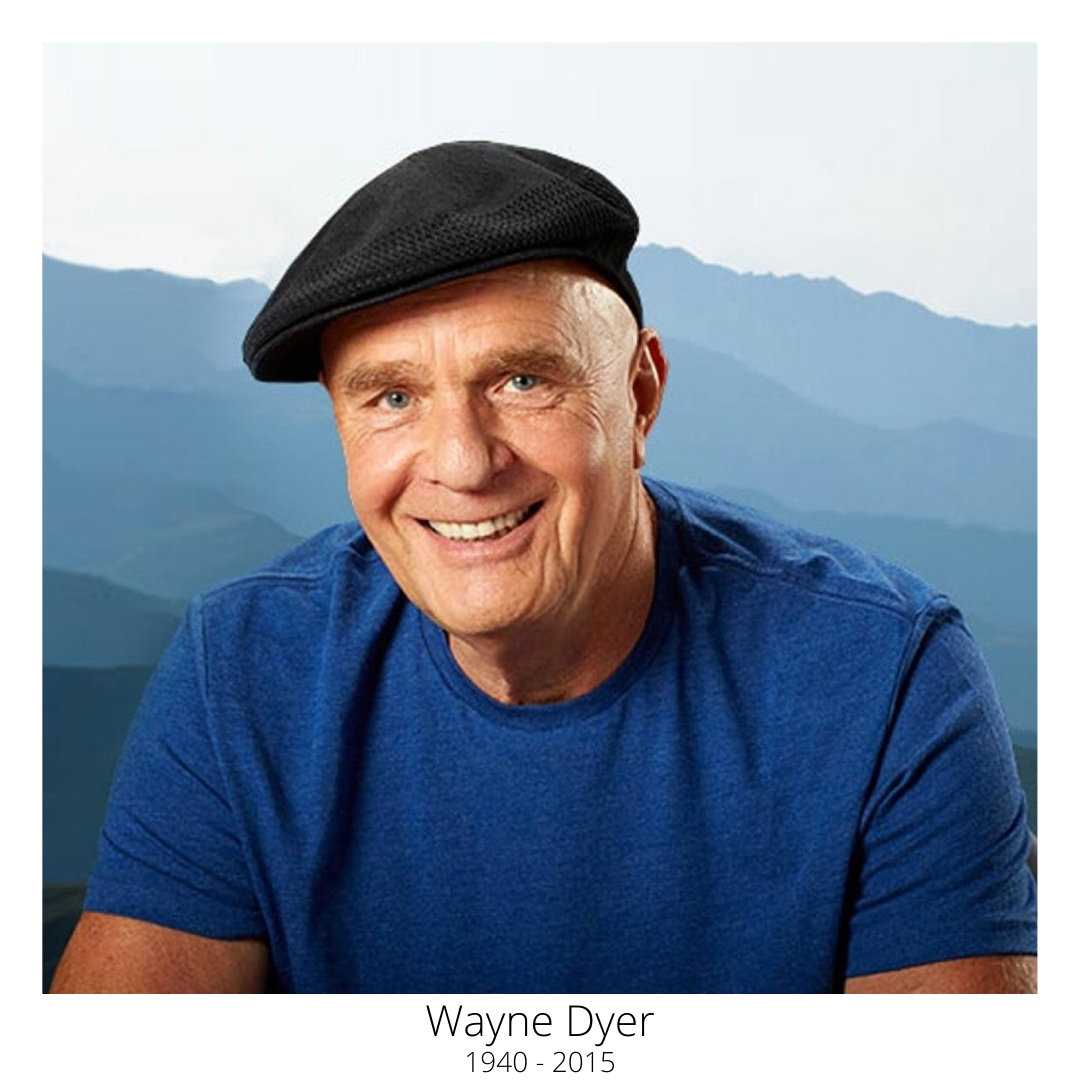 “Stop acting as if life is a rehearsal. Live this day as if it were your last. The past is over and gone. The future is not guaranteed.”

“We are Divine enough to ask and we are important enough to receive.”

“There is no scarcity of opportunity to make a living at what you love; there’s only scarcity of resolve to make it happen.”

“How people treat you is their karma; how you react is yours.”

“When you squeeze an orange, you get orange juice because that's what's inside. The very same principle is true about you. When someone squeezes you - puts pressure on you - what comes out is what's inside."

Sign up here to get Muni's FREE Downloadable Spiritual Business Startup Guide... and discover SIX key areas that all Spiritual Entrepreneurs should know about.

Complete this Form to Gain Access to the Guide.

This FREE Spiritual Business Startup Guide covers key areas that will empower you to launch your spiritual business... faster and easier than you ever thought possible. 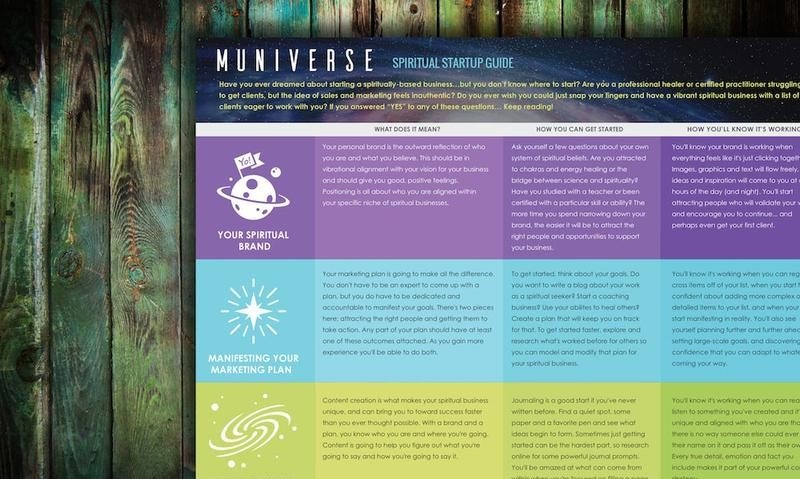